What is the "run it twice" feature?

If you don’t know how to create a free poker game with friends on Poker Now, click here.

To use the “run it twice” feature you first will need to enable it on your game. To do so you need to go on “Options” > “Game”, check “Allow Run it Twice?” as “Yes” and then update the game. 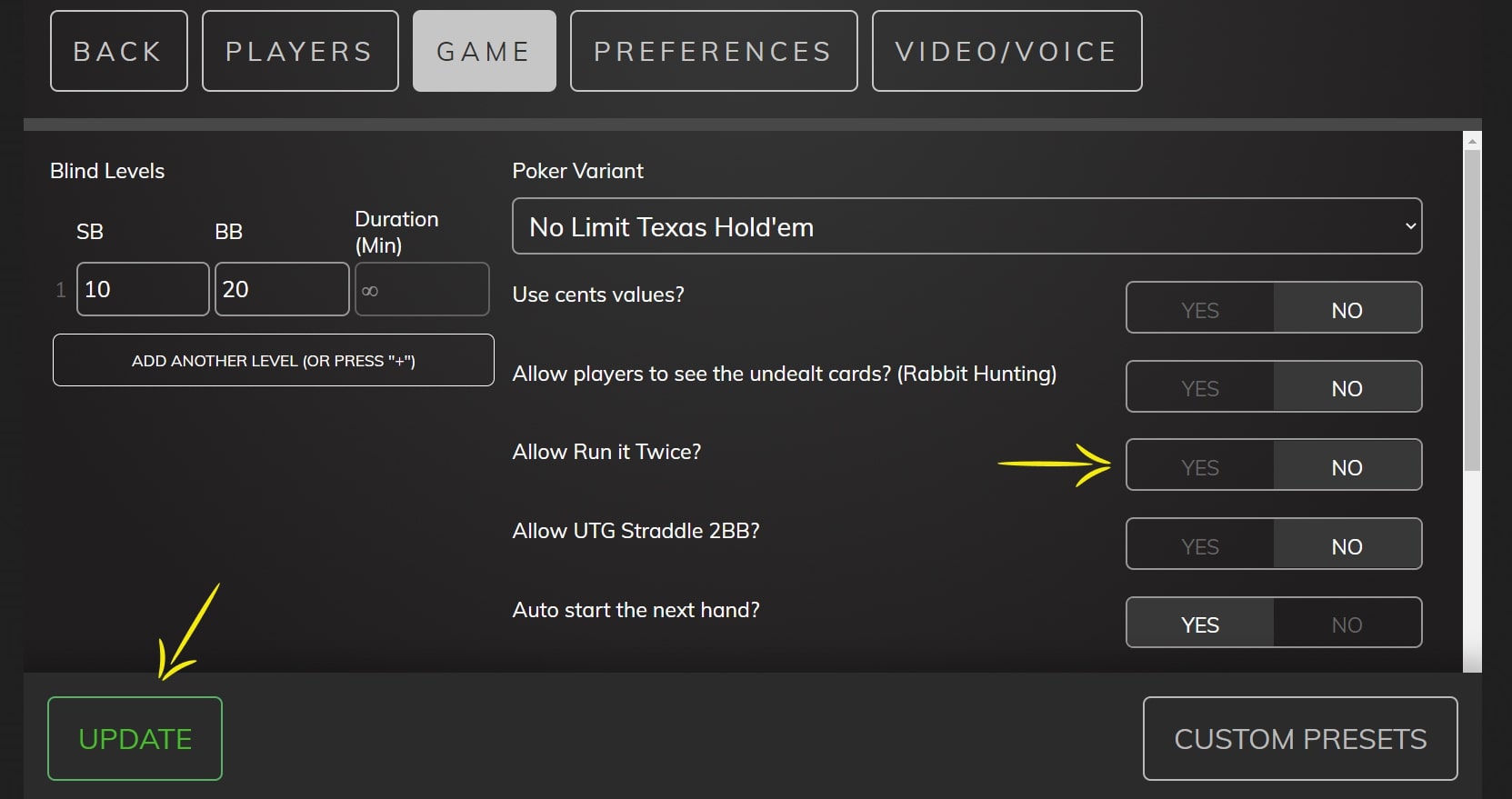 Now, with the “run it twice” feature activated, Poker Now will place the flop, turn, and river cards twice when the betting round finishes before the river. Sounds confusing? Don’t worry, I will give you an example.

Let’s say that we have a table with the players: John, Alice, Joel, and Mark. In our example, Alice and Joel folded on the flop, but John went all-in and Mark called this all-in. Now the hand goes straight to showdown since no more betting rounds are possible.

In a normal game, we will see 3 cards for the flop, 1 for the turn, and 1 for the river. With the “run it twice” feature activated on your game on Poker Now, the players will be prompted if they want to “run it twice”, so they can choose between “yes” or “no”. 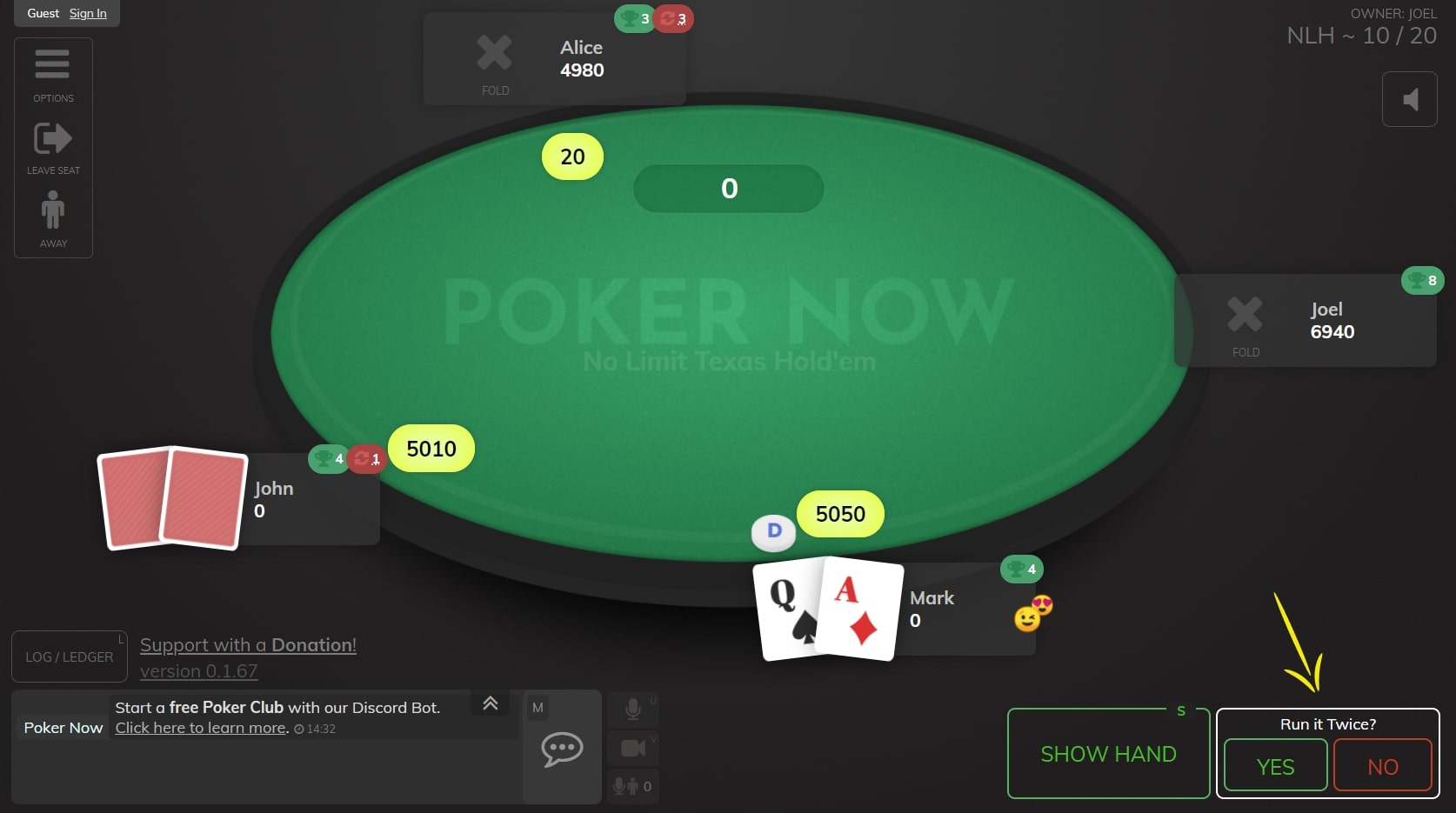 When the players are prompted to run it twice after the flop was placed on the table, only the cards for the turn and river will be placed twice in the table, using the previous 3 cards of the flop to both runs. 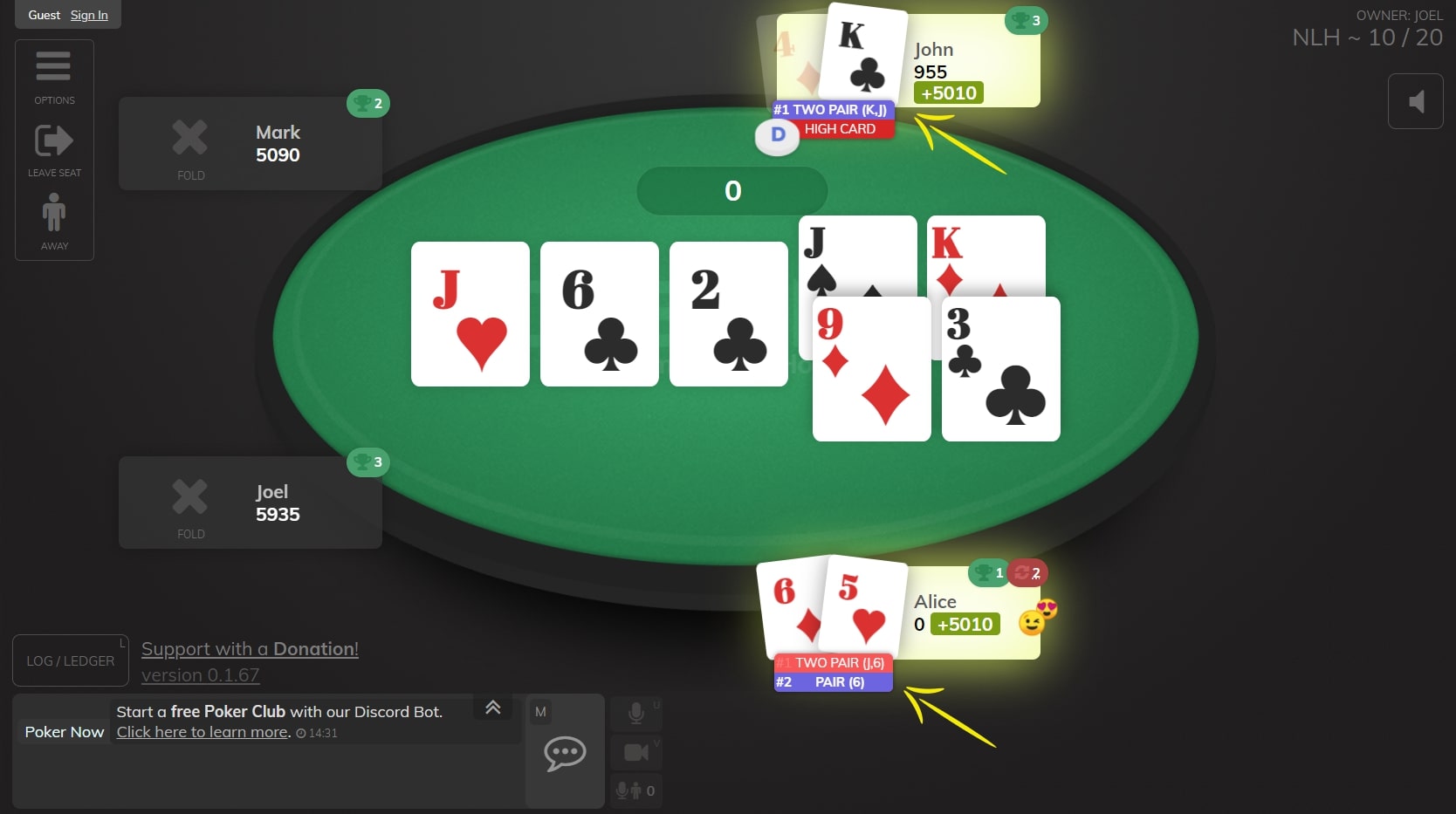 But why you would run it twice, you may ask.

In simple terms, often when you go all-in with a good hand, someone will call and you end up on the wrong side of a bad beat losing the pot. This happens because of a thing called “variance”. To reduce the occurrence of these bad beats, the players can agree to have two chances to try to form a combination in exchange to split the pot.

Important: the run it twice feature is only available on the variants “No Limit Texas Hold’em” and “Pot Limit Omaha Hi”.